Spend the Day at Bowman Bay

Bowman Bay is one of several great locations within Deception Pass State Park where a person, couple, family or group could easily spend an entire day. Others include Cornet Bay, West Beach, North Beach and Pass Lake.

According to the Deception Pass Park Foundation site, “Before receiving its modern name, Bowman Bay was known as “Reservation Bay” due to the period in which it was a military reservation. In the early 1900s, Bowman Bay was one of several modern-day park areas set aside for military use. The area was eventually renamed in honor of Amos Bowman, who was one of the first white settlers on Fidalgo Island. Nearby Anacortes is an amalgamation of “Anna Curtis,” Bowman’s wife. At the turn of the century, Bowman had a wooden dock built at the bay in hopes that it would become a major port, but Bowman’s dream was never realized.” 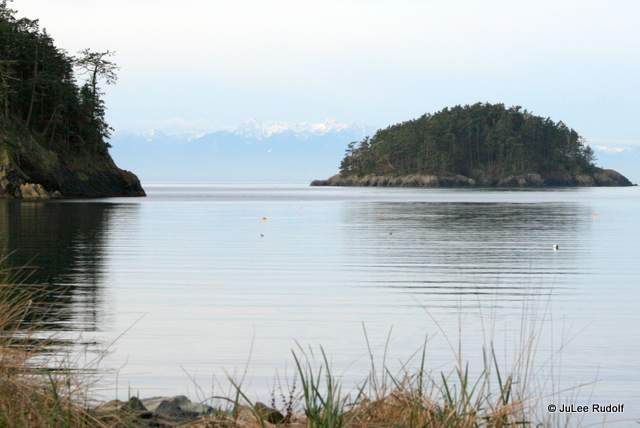 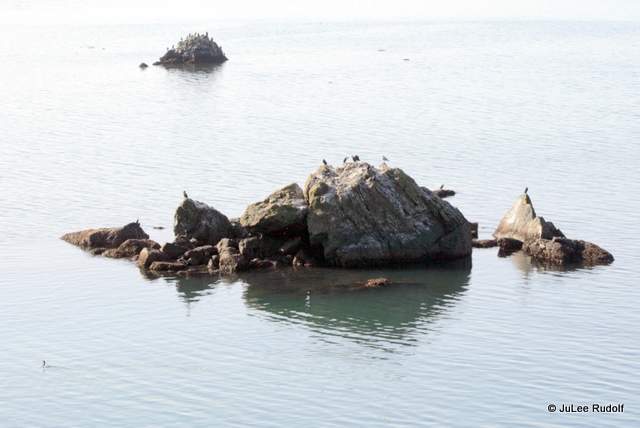 More serious hikers and trail runners can complete all three, plus the hike towards Pass Lake, which contains an additional trail, for a grand total distance of five miles. My trail running friends and I typically run along the Bowman Bay/Rosario Beach Trail to and around Rosario Head, then back through the Bowman Bay parking lot, complete Lottie Point Loop (the most difficult because of the climb) followed by Lighthouse Point Loop, head up towards Pass Lake, then back down and return to Bowman Bay parking lot. There are two races that allow you a chance to check out the trails: Deception Pass Marathon (and Half) in April and Deception Pass 25K and 50K in December (lottery held in June).

The dock at Cornet Bay is a more popular place from which persons go crabbing and fishing because crabbers and fishermen and women are much more likely to catch something, but the one at Bowman Bay makes for a nice, safe walk with handrails along the entire length of the main dock (a smaller dock near the end rises and falls with the tide as does the main dock at Cornet Bay). It’s more of a challenge to catch crab in Bowman Bay than Cornet Bay and the crab you do catch will likely be Red Rock than Dungeness. If you’re daring (and can stand the cold) during low tides, take a good-quality long-handled fishing net with the smallest holes you can find and walk along the shore line. If you’re lucky, you’ll see Red Rock crab that you can scoop up. Even if you don’t collect any keepers, you’ll have fun.

Birds like to hang out there too, like this family of barn swallows. When you notice barn swallows flying around near the dock, take a look underneath as you’re likely to see nests hiding juveniles.

Bowman boasts the usual picnic tables, barbecue grills, restroom and a playground, the only one in the park…such as it is, as well as a gigantic field perfect for playing soccer, frisbee, turning cartwheels or whatever. During weekdays off-season, you can have this place nearly to yourself but on weekend summer days, the place is packed which isn’t nearly as much fun.

Bowman Bay is a great place from which to canoe, kayak and stand up paddleboard. In fact, it is the start and finish point for the annual Deception Pass Dash, according to their site, “An exciting 6-mile paddle through the swirling current of Deception Pass near Oak Harbor, Washington for human-powered vessels; kayaks, canoes and SUPs.” During the summer, you can rent both kayaks and SUPs, available near the parking lot, or book a SUPS or kayak tour. 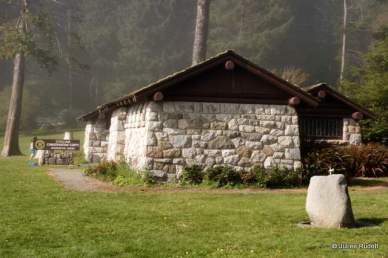 There is a second lot within the Bowman Bay open only during camping season which provides closer access to the Bowman Bay/Rosario Beach trailhead and the Civilian Conservation Corps Interpretive Center as well as additional grassy areas, picnic tables, barbecue grills and a statue of a CCCIC worker. According to the Washington State Parks website, “The Civilian Conservation Corps Interpretive Center is located in the Bowman Bay area of the park. The center was originally a bathhouse built by the Civilian Conservation Corps (CCC) in the 1930s. In 1987, the building was renovated into a museum by CCC alumni and Washington State Parks staff. The center’s exhibits tell the incredible story of the CCC’s work across the State of Washington during the Great Depression. The center is free-of-charge and is open from 10 am-6 pm mid-May through Labor Day. Group tours and off-season visits can be arranged by calling 360-675-3767.”

This summer (of 2017) I learned yet one more super fun thing that you can do at Bowman Bay: beachcomb. I already knew you could carefully flip over rocks to see shore crabs beneath (and then, please, please carefully flip them back to their original position) but during about a dozen super low tide days, you can walk along the shore between Bowman and Rosario to see other crab species, sea squirts and dozens of other sea creatures.

It’s also the place from which to get the best view of the bay.

Remember to arrive early (especially during holidays and weekends), prepay for your Discover Pass to avoid the hassle and plan to have a blast.